We did It! Ten Ben’s Friends members traveled for more than 500 miles on foot and afloat to raise awareness and to raise money to start new Ben’s Friends Communities. This proves that although “WE HAVE RARE DISEASE -RARE DISEASE DOESN’T HAVE US”.

We started the night before departing for Glacier National Park. 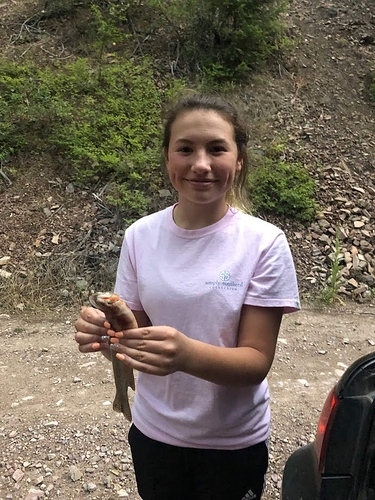 You Can’t Rollerskate in a Buffalo Herd!
Nothing cooler than running into the main herd at the National Bison Range. Nothing WORSE than to have a tire blow out in the middle of the herd and change it with this suspicious fella supervising:

A bison roaming at the National Bison Range

Then we meet our camp mascot, George (who never left us).

Could be because our camp Cook was amazing – She even made cinnamon rolls one morning!

Or our Hilne trail Mascot “Iris” who kept a good eye on us: 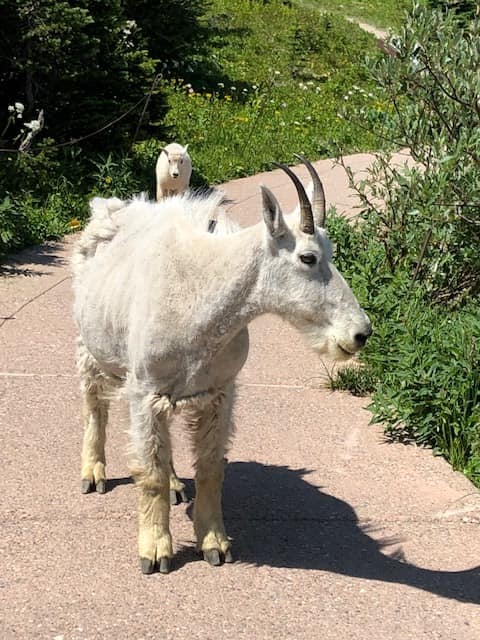 Then there is always the detailed NPS Maps showing you the best place to ford the Flathead river (not). 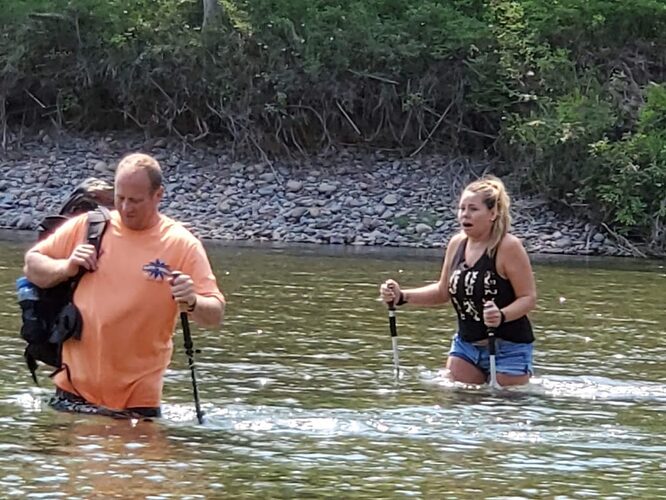 But Avalanche lake was spectacular! 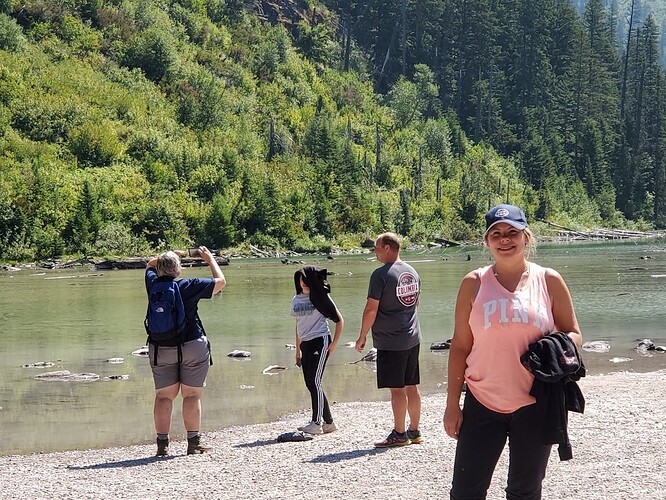 Always be prepared to change your route though 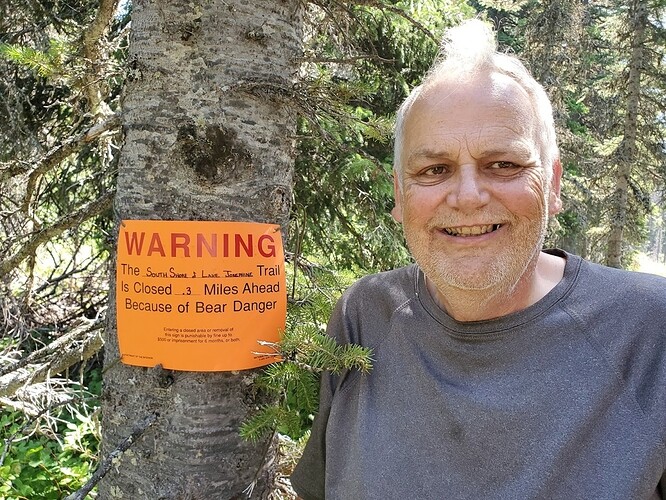 Tom in the midst of Bears Zone 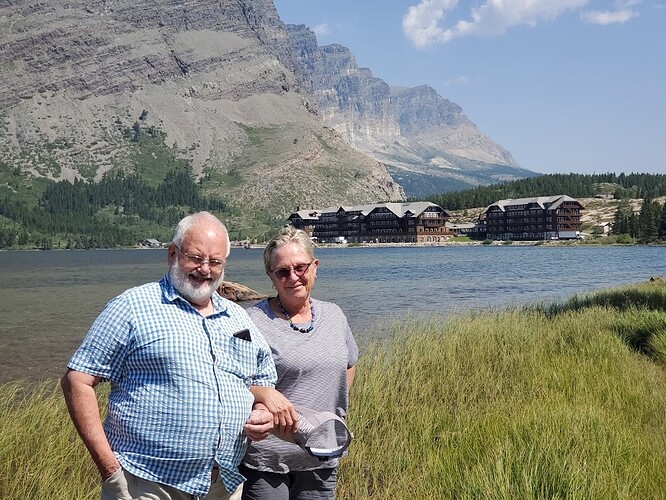 Speaking of Bears, Seenie left with paw prints on her back window and Juli with scratches on the hood of her car that appeared during the night. Me THINKS they had a secret stash of food??? 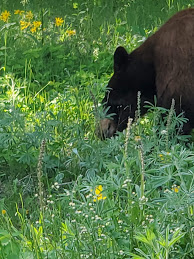 The water was low but we still managed to find some rapids (our whole team minus the little ones and their Mom). 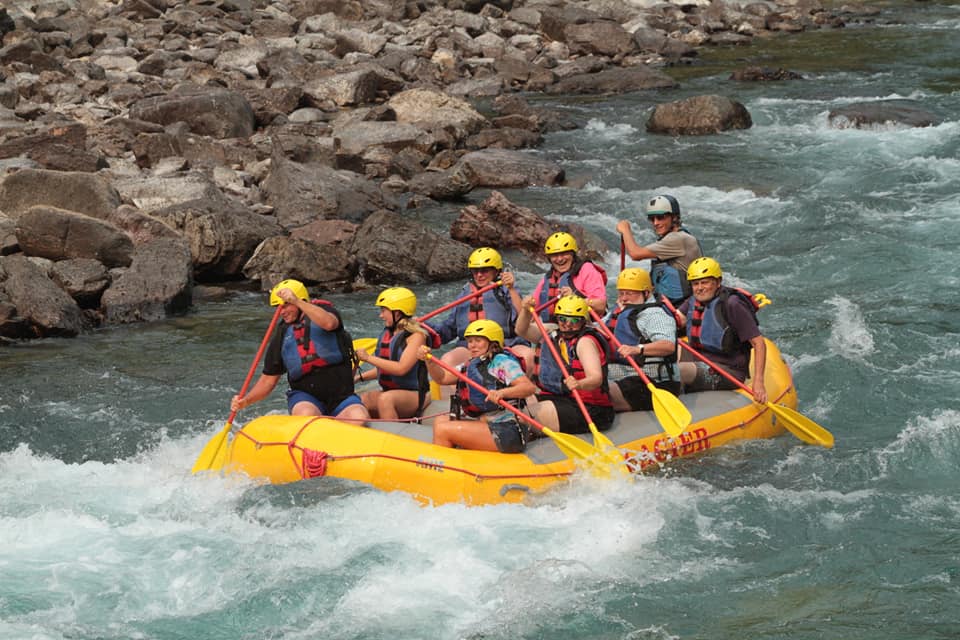 This year’s trip was a success and we are already planning next year’s. We are thinking someplace with hot springs. We met our mileage goal but fell a bit short of our financial goal. But there is still time for you or your network to participate at: 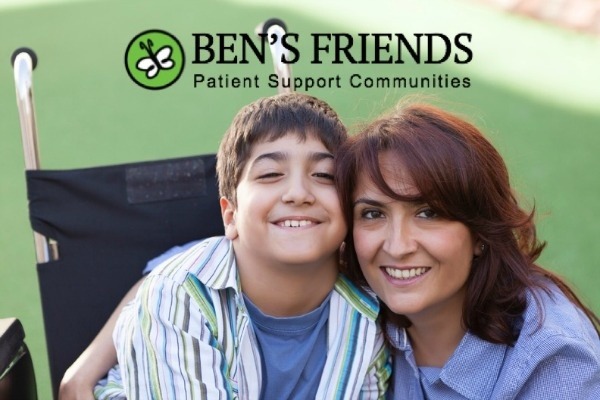